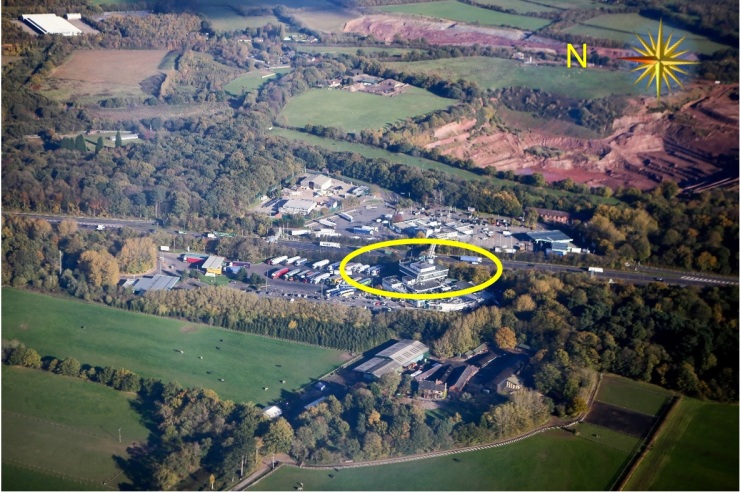 M6 Hilton Park Services is a major motorway service station. Be careful when transiting north of here as there is a very active microlight site three miles to the north – Otherton. A large number of non-radio aircraft operate from here, along with single engine fixed wing and occasional helicopters. There are two rather large wind turbines between Hilton Park Services and Otherton to re-assert you with your location. This image shows you Hilton park services in a easterly direction. The motorway that cuts through Hilton Park Services is the M6 Motorway. The Motorway joining the M6 from the west is the M54. The base of CAS here is 3500’.